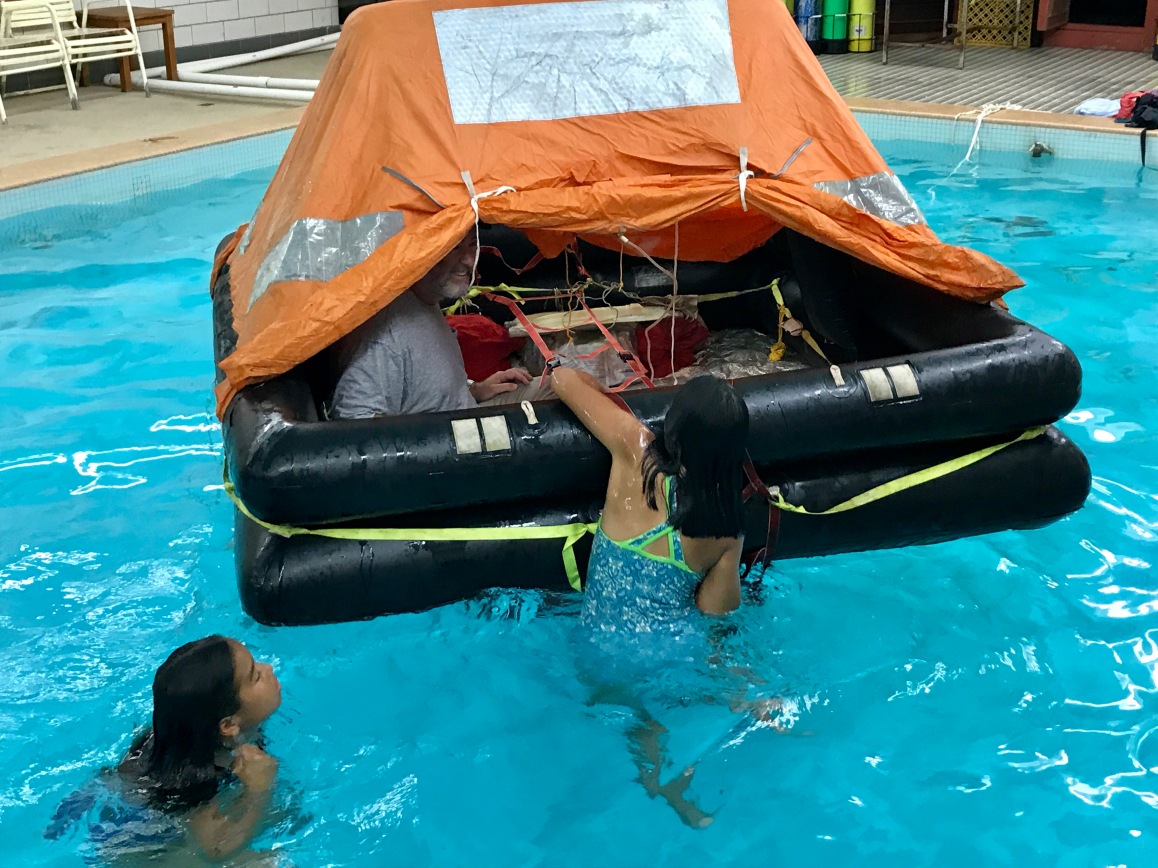 Yesterday here in Cincinnati, we spent the afternoon at Tristate Scuba reviewing various marine hazards, bites, stings and treatments before heading to their pool and running through a number of safety scenarios.

Everyone jumped in with long pants and fleece pullovers and felt what it was like to swim fully clothed.  We then had the girls swim a length of the pool in their clothes to a life sling(U-shaped float) that they had to position on themselves so that they were floating on their backs.  From there we had them take their heavy clothes off while swimming and practice trapping air in their clothes as floatation.

The grand finale of the afternoon was deploying our old life raft and practicing climbing in and out and investigating what was packed inside and talking about what was there, how to use it, and what else we might want to have with us if we had to leave the boat.  It was educational for us all, and hopefully it will remove some of the anxiety should we ever have to use any of these techniques in a real situation.

Our old Zodiac was issued in 2003 and repacked in 2007, but was long since out of date and so we replaced it this spring with a 6 person offshore raft from Winslow.  With any luck we will only ever see if when it comes time to repack it in 3 years.  The zodiac had a fair bit of mildew and several items packed inside were ruined long ago by water intrusion.  Our new raft packs much lighter and smaller and allows us to keep it in a drier place while still being easily accessible and launch able.

Overall it was a very worthwhile way to spend an afternoon, and one that, should we ever find ourselves in need of using such skills, will make that stressful time more manageable.

3 thoughts on “Preparing for Never”